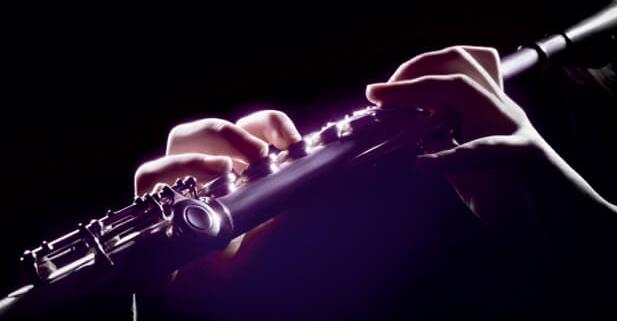 It’s Janmashtami today, the birth of Lord Krishna, one of the most popular and adored God, for his special, creative and mischievous ways of life. Born at midnight, his birth has special significance as it personifies breaking of all obstacles in life and moving towards a new beginning. Indeed! A true source of inspiration and a sign of generosity, he has demonstrated new modes of life, new thinking through his own behavior and personal experiences. He is a role model for many even today, not particularly because of his preachings or sermons but the way he lead the path and imbibed them into his way of life, thus, walking the talk, explaining the true meaning of life and showing new paths to conquer difficulties at every stage of life, through peace, understanding and where needed through diplomacy as well. He is worshipped not merely as a God but more as a friend, a sakha.

Janmashtami, the birth of Lord Krishna has special significance when it comes to music. Krishna mesmerized the entire world with the enchanting music he played with his Bansuri creating an aura of divinity. The Bansuri as it is believed was an integral part of Lord Krishna. This is one thing that stayed with him perpetually. None remained untouched with its magic. Be it birds, animals, men, women or children all followed him at the sound of his Bansuri. Even the trees, their leaves and flowers would wake up fresh on hearing the sound of his Bansuri. It is said that the entire world danced to the tunes of the music he played with his Bansuri. His music created positivity around lifting dull spirits and infused life into them. It had a virtual positive hypnotic effect on one and all. He used it for various purposes including taking people away from dangers, helping lost people find the correct paths, among others.

Music indeed touches the lives of every individual and adds positivity to it. We have many such examples around us in various forms. Be it a spa or a coffee shop, we always hear a light music being played. Ever wondered why? What’s the connection between music and a spa or a coffee shop. Well, it is the soothing effect of the music. Yes, while you visit a spa or go to a coffee shop for relaxation, music further calms your mind and helps you relax better. Even for cranky babies who find it difficult to sleep, it is the lullaby, a kind of music hummed, that helps him / her to fall off to sleep in no time. At a party or gathering, it is the music that gets strangers together on the same dance floor tapping their feet. For the elderly, it plays the role of a companion. Further, not just for humans, the same goes for animals too. Research has proved that if soothing folk music is played while milking Cows, their productivity increases naturally.

Besides, music has many more benefits that have been scientifically proven. These include improving memory – we tend to remember songs and musical recitations easily as they are catchy. This technique has been used to help patients who suffer from memory loss or weak retention power. Besides, it helps one to improve their workout sessions. It enables the release of the required endorphins in the brain, thus, increasing your stamina. These are only some of the advantages that music adds to our lives. Music, therefore, in other words acts as a silent medicine in our lives.

With a single element, Music, having a major positive impact on everyone’s life, it’s time we encourage the younger generation to learn this art in some form or the other. Be it creating music, adding special effects to it, playing it using a musical instrument or sophisticated softwares and hardwares, the idea is to promote the culture of MUSIC.

Yes, music can be a great healer, a mood changer, a spirit lifter and much beyond. It has the power to fill the atmosphere with positivity and optimism and this, has been demonstrated in every aspect of Lord Krishna’s life. So, on this Janmashtami let’s celebrate the birth of Lord Krishna with a difference. In addition to the midnight feasts, the traditional jhula for the Nandlala, let’s make it a more musical celebration. Let’s play music to all those around us who need to be filled with positivity and optimism in their lives. Let’s spread the message of love through music and bring smiles on millions of faces around us. 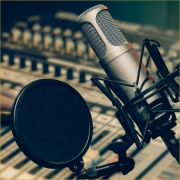 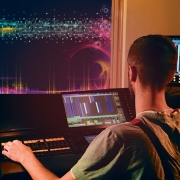 9 reasons to be a Professional Sound Engineer

Make 'Music' a part of your life

How to be an EDM Producer? Everything you wanted to know about careers in EDM
0 replies

Want to join the discussion?
Feel free to contribute!

PATSAV wins ‘Best Education Centre Award’ for the 3rd time in a...

Make ‘Music’ a part of your life
Scroll to top Book Free Demo Class
× How can I help you?